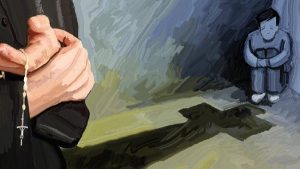 Recently columnist Elizabeth Farrelly wrote an article calling for a project to “Rescue Christ from the Christian church.” Her call was a plea for people not to give up on spirituality because of the heinous crimes of the Church and simultaneously a scathing critique on the Western Church because it has lost its way. This fall of the Church, she believes, is evidenced by the church’s lust for power. In my view, Farrelly’s point is not so much that the Church itself is a failure, even though Farrelly chastises it, but rather that the Church has become compromised in the most profound way because of its hierarchical structures, patriarchy and entrenched institutionalism. Farrelly writes END_OF_DOCUMENT_TOKEN_TO_BE_REPLACED