Should Christians be telling people they are “sinners”? 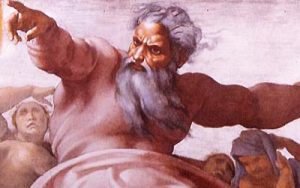 I was speaking with a friend who is not religious and telling him about a workshop that I run in my neighbourhood which could essentially be characterised as a self-improvement course. He knows that I am a Christian and replied,

“Christians have a persecution complex.”

What he meant by that was he felt Christians are never comfortable with themselves but instead are always trying to change. When I asked him what was wrong with being someone who wants to grow and become a better person, he said he felt we should accept who we are rather than be in a place of constant fear of punishment or harm from the God we believe in. His challenge was that I should stop feeling as though God was unhappy with me, which according to him was the driving force behind my desire for self transformation, and simply rest in who I am, accept myself warts and all, and live free from the fear of punishment or persecution.

I loved listening to my friend’s critique of Christianity. When I take the time to hear people’s objections to faith I find that I always learn something new.

The issue, I think, that my friend was talking through with me, was not so much that he was against self-improvement, but he felt the driving force behind my personal growth was a compliance to and fear of an angry and punitory God.

This conversation reminded me that there are many people who have a view of an angry God who is out to punish us and in a perpetual state of irritability towards humanity. In other words, people think that if there is a God, he doesn’t like us very much.

In an article called The Challenge for the Church in an Age of Distraction, the author outlines the way that Christians of the past would describe the relationship between God and humanity. It can be summarised in four points

He offers that this kind of presentation, though containing truth, probably will not be heard today in a society which is harassed, distracted, craving affirmation and skeptical about the concept of God.

I agree with him. Not only will it not be heard, but it is not the most faithful representation of who God is.

Instead, he says this may be a better way;

An awareness of sin is not likely to come early in the process (of knowing God). St. Paul tells us that the goodness of God leads us to repentance (Romans 2:4); that may need to be our watchword in these times. If people can come to know that divine goodness, then they may understand the flaws in their nature through contrast to it. And that may be the path by which people in our world can come to a right understanding of themselves.

First comes being aware of the truth of God’s essential goodness, beauty, and continual posture of love towards us. My view is this is the way that people will come to know God, not through hearing that God is a Creator whose intent is to nit-pick, punish and control us.

Recently I met up with a woman where I live, who is visibly working out her sexual identity. Some Christians, if they met her, might think she has made “sinful” choices in her life. My new friend and I have decided to meet up more regularly which I’m looking forward to. I will not be openly or silently chastising and judging her about “sinful choices”.  Instead I will try to model and tell her about the splendid beauty of God. As she becomes aware of this kind, merciful Creator, I will leave it up to God to move her towards his brilliant light, in the same way that God moves me there, so that my friend comes to love God as God loves her.