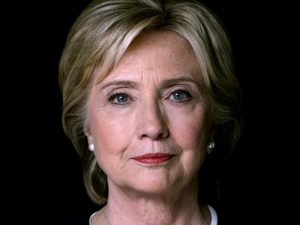 One of the comments I am hearing that keeps being used about the debate yesterday between Hillary Clinton and Donald Trump, is the remark about the “icy stares” that Clinton continually gave Trump as he prattled on and on about things which he obviously knew very little about.

For some reason that phrase has kept turning around in my mind over the last several hours. I’m wondering if the term “icy stare” is gendered. When I first heard it, I remember reacting to it. I thought that Clinton’s stare was not icy at all but it was the measured gaze of a woman who had to stand there for over an hour listening to mansplaining. It’s a look I’m familiar with and which most women have mastered maybe even without knowing. Clinton, having all the experience that she does in politics, had to listen to a man inexperienced in the field he wants to enter, explain to her where she has gone wrong, what she could do to be better at her job and that he could improve things were he in charge. So it wasn’t an icy stare in my opinion. It was a woman exhibiting her well rehearsed “experiencing mansplaining” stare.

But I also wondered if a male in this context would get told that his stare is “icy”. Maybe so, but if that did happen, then I think it would more likely be seen as a positive quality. An icy stare shows that a man is determined, a good leader and that he has resolve. A man with an icy stare is someone you can depend on. While perhaps a woman with an icy stare is someone who make us feel uncomfortable. She is behaving in ways that are contrary to usual views of women. We trust and like women if they are typically feminine; that is, maternal, submissive, and willing to compromise. An icy stare from a female confuses many people because it is contrary to how we usually perceive women. To add to that, a woman who is not showing what is considered normative female qualities, will typically be considered unattractive, asexual or unsexy. This is often the beginning of social death for a female.

The confronting, solemn female gaze where she is the one doing the looking rather than the one being looked at is truly still subversive.

I remember this photo taken not that long ago of female apologists which I loved in Christianity Today; 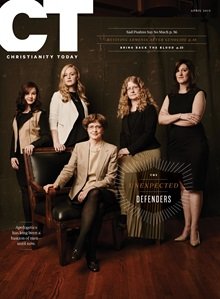 I resonated with the strength of these females which is represented in this photo. Instead of looking harmless, they seem as though they are ready to challenge, provoke and contribute as equals in our world.

However, most people prefered this image 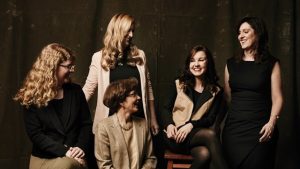 The women are looking at one another rather than at the camera, smiling at each other. This is fine of course, but much less confronting, which makes us feel more comfortable as onlookers. Once, when I showed a friend the first photo, he said that if he put something like that on the cover of the brochures of the Christian organisation he worked for, he would lose his job.

One of my a profile pictures that I use for my work and activities shows me staring into the camera seriously without smiling. I did this on purpose. When I sent that photo to a close relative she said, “Nice. But why aren’t you smiling?”

What makes this kind of confronting female gaze so frightening?

I have no problems with women being maternal, soft, gentle, you know, all those things that are typically associated with feminine qualities. I love and have some of those qualities. Many if not most women convey these characteristics. According to the Myers-Briggs personality assessment for example, most women are “feelers” and most men are “thinkers”. However, will we make room for those women who gravitate towards being “thinkers”? These women are often socially paralysed and misunderstood much of the time. They do not fit into usual female circles as they are “different”, and then also, they are treated as strange or isolated by men, told they are women with “icy stares”, because they seem “masculine”.

Maybe it’s time that women become more comfortable with being who they are and expressed that freely. And maybe it’s time that we accepted that not all women are the same. And perhaps it’s also time to reconsider using phrases like “icy stare” to describe women, knowing that comments like this put women into stereotyping straightjackets that we were never meant to be wearing.