Being female, a feminist and a follower of Jesus in a polarised world 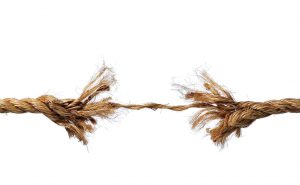 2018 was characterised by many as the year when women fought back. It was the year when #metoofight gained ground and we had more and more women speaking out about their experiences of sexual harassment, mansplaining, assaults and intimidation by men. There was an increasing anger around the behaviour of men and the message was and is that women will not tolerate this further.

I’m glad for the #metoo movement and the fact that many silenced women are gaining the courage to speak out and say that toxic masculinity is not acceptable. The movement, anger and fight back has had positive outcomes, and has contributed to women better attaining the equal status with men that we must without doubt, eventually have.

So at the start of a new year and after a year of fighting back, where are we with this “gender war”? Is it even helpful to portray this as a battle and use terminology like “fighting back”? Has this recent more public debate between the sexes helped us or is it increasingly hindering the reconciliation between the genders? And finally is the debate as it is currently expressed, exacerbating the various polarisations that are rising up in our world meaning that we ignore a more nuanced and peaceful approach to thinking and behaving?

“Fighting back” of course is inevitable sometimes. When the entrenched powers that be are challenged, it is hardly ever peaceful! When patriarchy is confronted for example, we cannot imagine that it will be pretty. But I have been left puzzled by the fact that the tensions in this debate are becoming very pronounced, ugly and violent, as the recent reactions by both sides to the Gillette advertisement around toxic masculinity show. It has made me think about and try to personally reconcile the tensions around being female, a feminist and most importantly for me, a follower of Jesus.

How does the way of Jesus speak into this debate?

Women are born into a system where they are told either explicitly or in implicit ways, to be submissive, subservient and quiet. This makes us question ourselves when we speak out or use our voices to say that we disagree with something or even to give a confident opinion. So today, women are encouraged to “amplify”, “use” their voices, and “speak out”. Of course this is good and a counter reaction to our system which pushes women down. But sometimes sadly, these otherwise good and needed messages get mixed with the militant atmosphere of our times and add to the polarisations and tensions that exist.

My question is; what does it look like to embody the values of Jesus in the midst of this patriarchal system and also the counter reactions? If I live and breathe in a system that is designed to silence me, what does it mean to follow the values of Jesus which seem to weigh towards invisibility, service, emptying oneself and submission? Importantly, these values are for both genders to flesh out. However, the way of Jesus has particular application for women in that our world has very clearly sent women the message that all we are is servants and second class. So applying the practice of servanthood in the Jesus way for women, can sound and even become oppressive. Yet counter to the world, servanthood, submission and gentleness are values that are cherished when it comes to following Jesus. Of course, the Jesus way also entails working for justice, standing up for the weak and being passionate, not passive, about practicing mercy.

As a female, a feminist and Jesus follower how should I behave when I am in a culture that on the one hand oppresses me but on the other can sometimes encourage a response to that oppression with a militancy that does not follow the way of Jesus? For example, terms like “my rights” are foreign in the kingdom of God. Instead, I am encouraged by Jesus to give up my rights and focus on others. As I female I want to do this in a way that means I am still treated justly, but also in a way that does not respond with a self-orientation and militancy that is not Christ-like. We are instead called to practice cruciformity, giving up our rights, mutuality and servanthood even in the midst of an unjust system while at the same time working towards change. For instance, a focus on women’s struggles without recognising that they are intimately tied to men’s struggles, will be unhelpful in bringing the change we need in our  world.

It seems to me that this is one way we can bring reconciliation in an atmosphere of polarisation especially around the issue of gender. As followers of Jesus we are called to reconciliation and peace-making above championing our rights and “winning” battles. Instead, cruciformity often looks like losing rather than winning.  Expressions like “fight back”, “my rights”, “gender wars” and even not carefully defining what we mean by increasingly popular and sometimes misused terms like “toxic masculinity”, might increase polarisation instead of healing the ancient and stubbornly embedded rift between the genders. We will need to hear more words like healing, peace, mutuality, service, cruciformity and submission in this season to bring reconciliation and change in these times. So this is a time in our world when Christ-followers especially, can speak powerfully into this debate and act not through militancy but by sacrifice.