When Christianity turns you into a worse person 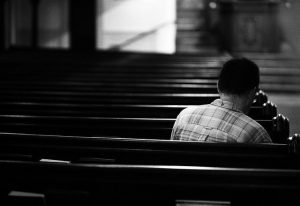 I had a conversation with a friend recently that left me feeling embarrassed and devastated.

She lives in public housing, is a sharp as a whip straight talker, can discern a fake from a mile away and in our conversation she was cautioning me to have a realistic understanding of the neighbours in her building. “Lumping people who live in public housing into one category is a mistake,” she told me. “To think that we are all the same is ridiculous.” So I listened to learn from my friend who usually displays a sunnier disposition.

She described an invisible yet real wall that exists between those in her building who struggle with mental illness, addiction and other issues which leave them seriously struggling in life, and those who deem themselves to be more fully functioning. She elaborated on that a little and as she spoke I felt her getting more annoyed. She didn’t like those in the latter group, those who felt they were more fully functioning, because she could see they looked down on those who were considered beneath them, the strugglers, the down and outs, those labelled “hopeless”. According to her, those who marginalised the strugglers just wanted them to disappear and stop being a problem. These people have then become moralising, and feel superior to the people who they think are the problem. As she was speaking, I thought to myself, “That’s terrible. Why do people need to look down on others to feel superior?”

But it’s what she said next that left me feeling embarrassed and devastated.

“And it’s the Christians, the ones who go to church who are the superior and moralising ones. They don’t care about the strugglers but instead, think they are no-hopers”.

I know that every conversation that I have like this has two sides, I know that there is always more to a story than the way that one person tells it, I know there are contextual factors at work here and I have no idea about the dynamics at play in public housing as I am still a learner. However, I was heartbroken to hear that when a person starts going to church or becomes a Christian, they can become more moralising, feel more superior and care less for the poor.

Isn’t following Jesus about identifying with the poor, becoming more compassionate, and being more aware of our desperate need for God’s grace? Is our theology being contaminated by an aspirational culture gone wrong so that Christianity becomes a mere vehicle for success in our lives and world? Are we speaking a gospel of upward mobility rather than downward mobility? Are we better at championing success stories and progress rather than embracing failure, imperfection and grace? Do we present a polished Jesus with shiny teeth, a big grin and a promise to fix our problems rather than a person who was marginalised by his community, hung out with the poor and lived a life of sacrificial love?

Or maybe we are proclaiming a gospel that is world denying? Do we become the church in order to flee our world, cocoon ourselves in a blanket of safety and warm worship so that when we go out into the world we have been discipled to avoid contact with those despised by our society? Dorothy Fortenberry says

“Church isn’t an escape from the world. It’s a continuation of it. My family and I don’t go to church to deny the existence of the darkness. We to go to look so hard at the light that our eyes water.”

Our “eyes water” and so we are compelled to live lives of compassion and sacrifice that depend completely on God’s grace.

I left that conversation with my friend feeling rattled and praying that by God’s grace, hopefully, she will see something different in me.