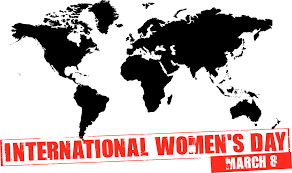 Yet again International Women’s Day is upon us and I start feeling that familiar sense of resignation, discouragement and mild annoyance.

Various social media discussions have been circulating around activities planned for International Women’s Day. The city of Melbourne has decided to install female pedestrian signals on the streets in order to identify and counter unconscious bias which perpetuates the thought that being male is the norm. However, the biggest complaint from men and women regarding this, seems to be that the act is of no real significance and moreover, the female figure is wearing a dress which is considered sexist.

The ABC is asking its male radio and TV hosts to take the day off and allow women to take the front stage for a day. The response has been mixed but mostly it seems like people do not like the idea.  It has been interpreted as token and redundant especially when the ABC already has a lot of women journalists, such as Leigh Sales, in the front seat.

In the USA organisers are encouraging women to take the day off, or go on strike no matter what their job is, in order to show just how much women are needed. This is being compared to a women’s strike that happened in Iceland in 1975 to demonstrate the indispensable work of women for Iceland’s economy and society. This strike brought the nation to a grinding halt and is credited as an influencer in preparing the culture for its first female Prime Minister. The strike being organised for the 8th of March 2017 is also being heavily criticised.  The concern is that women will not and do not show sufficient solidarity in order to make the strike impactful.

I am sure there are other activities being organised for International Women’s Day 2017 as well.

I don’t have a problem with any of the events I have mentioned.  Actions such as putting women in the front seat for a day, changing signals at pedestrian crossings and calling women to strike for a day are all small yet I think helpful ways to bring awareness about the importance of women’s contribution to our society.

However, I also identify with the criticism that is circulating and I am reflecting on what is perhaps behind these quibbles and in some cases outright antagonism toward the intended activities for the Day. There are several reasons no doubt for the antagonism, but my suggestion is that behind the critique, there is a deep sense of frustration about International Women’s Day.

I think many women might identify with the feelings of resignation, annoyance and frustration about the Day, because the sense is that even though it is somewhat helpful to engage in activism for one day a year, what about the rest of the time? We want to see real and effective change now and it is not happening fast enough. Celebrating women on one day of the year is fine, but if it is not translating into practice, then what is the point? So something like International Women’s Day can actually serve to make us feel more frustrated.

I know that’s how I feel.

I usually open my newsfeed on the Day each year holding my breath, only to see the obligatory posts, well meaning wishes to women, the historical posts of brilliant women and also critiques of societal attitudes towards women. I often see people I know, posting these well wishes on social media who reflect a pro-equality posture in their posts, but in practise lack the self awareness, courage and genuine desire to actually implement the change that is needed.

It leaves me feeling frustrated and thinking as many do, that International Women’s Day is a token gesture. It makes some people feel good that they are doing something on the day but then the real change that is needed, never in fact eventuates.

If you are someone who celebrates women on International Women’s Day then here are some small suggestions for what you could do to make sure you are not contributing to the day becoming a token gesture.

Celebrate the women who you are closest to in your life and workplace rather than primarily the often idealised and inspirational women who you read about in history. These brilliant women from history ought to be celebrated, but not placed on high platforms and idealised in a way which separates them from the ordinary women today who are making an impact. There are probably inspirational female role models right under your nose if you have eyes to see.

Ask yourself, especially if you have influence and power, how you can make a practical difference in those women’s lives in order to bring about equality, empowerment and encouragement and not only on this one celebrated day. How can you help contribute to making long-term impact for their flourishing?

Think about institutional change and how you can help this to happen. Which industry or field do you work in? Find out whether women are underrepresented there. If  you know your field well, what is it that you can do there uniquely, to bring institutional change? Can you help craft policies that will contribute to making the workplace more equal? Are you reading about terms such as “unconscious bias” for example and learning about relevant and cutting edge strategies for equality that can help bring effective change in your industry?

Again, these are small things but they make a difference, bring real change and keep us accountable to quietly and persistently practicing in our immediate contexts, what we so often loudly preach from our platforms.