Why are so many Christians looking for churches? 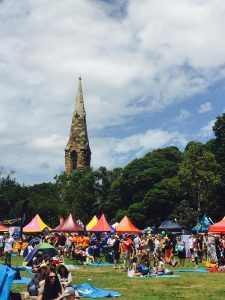 Lately I have lost track of how many Christians I am meeting who ask me if I know of any churches in their area that they might be able to join. Some of them are not currently attending a church, others are at a church but find it unsatisfying. We know of course that this is nothing new. The Church in the West is struggling in the liminal space in which it is placed today. We are unsure of the purpose, relevance and level of engagement the church should have today. We turn to often used biblical images of the church such as temple of God, family, bride of Christ and we wrestle with how to apply these pictures today. They are still true, but what do those illustrations look like in a society that has virtually lost its memory of Christendom, where in some quarters Christianity is being used as a political tool and in a culture where there is deep suspicion of the church? So many Christians are affected by this in-between space that we are in. There is a sense of confusion and disorientation among many of us. We read statistics about how many Christians have given up on the church altogether, the millennials are leaving the church we are told, and other Christians quietly sit in the pews each week bored, numbed by religion and perhaps wonder what the relevance is of what is coming from the platform to their daily lives at work and play.

One friend who is a Christian has tried going to a large church near where I live but she has felt marginalised, belittled and preached at. She also told me that the answers coming from the platform seemed to be “Believe in the death and resurrection of Jesus” and all will be well. She asked me, “But how do I live my life? There’s no help in how to live that out.” So she has stopped going.

I don’t think the people who are coming to me seeking suggestions, some of whom I know, others contact me randomly through various online forums, are merely “church shopping”. Instead I feel there is a real longing within them to find a space, a community that is missional, genuine and creatively embodies the hope of Jesus in a depressing world. The longing is for a community that is joyful and accepting of weaknesses, in other words, a grace displaying community and a community that is grounded in the now rather than simply telling people to wait until death for a better world.

It often makes me sad and a little frustrated that I can’t point them to a local church that exemplifies this.

In a world teetering on the edge of war, crimes against humanity being flippantly committed and religious minorities including Christians being persecuted, the church must even more so shine brightly. That well known missiologist who was so wise because he fleshed out what he taught, Lesslie Newbigin, said;

Everything suggests that it is absurd to believe that the true authority over all things is represented in a crucified man. No amount of brilliant argument can make it sound reasonable to the inhabitants of the reigning plausibility structure.

As we approach Easter we are reminded that this crucified God, strangely enough, is the hope of the world. The way that we approach that troublesome trilogy- money, sex and power, must be counter intuitive and alternate in practice compared to the way our world functions. Yet often for example, we see the church mimicking the power structures of our world. However, our Lord is a crucified Lord who renounced power and displayed a posture of sacrifice.

What I am encouraged by and what gives me a lot of hope is that these Christians, and many non-Christians who are searching for this kind of community are enquiring, seeking and longing for what many already know about, the beauty of the rule of God, that alternate reality that calls to us at our deepest point of need and suggests a better way.

But I think this need is only going to be met as the church, that is the faith community that belongs to Jesus, takes its mission seriously in the world and has the courage to listen and respond to the critique coming from many who are not finding that beauty there.

I’m grateful for websites like Neighbourhood Collective which seek to identify and connect those who are looking for faith communities. These local missionaries are grounded in their local communities and are faithfully representing Jesus in their neighbourhoods by engaging in place-making, community work, storytelling and care for the marginalised in order to more fully incarnate the gospel where they are placed. They are offering a better story to the truncated expressions of the gospel that we have been used to hearing.

Again, Newbigin carefully articulates the importance of the church in society. He wrote this over 25 years ago but it is still relevant today.

If the gospel is to challenge the public life of our society…it will not be by forming a Christian political party, or by aggressive propaganda campaigns. Once again it has to be said that there can be no going back to the ‘Constantinian’ era. It will only be by movements that begin with the local congregation in which the reality of the new creation is present, known and experienced, and from which men and women will go into every sector of public life to claim it for Christ, to unmask the illusions which have remained hidden and to expose all areas of public life to the illumination of the gospel. But this will only happen as and when local congregations renounce an introverted concern for their own life and recognise that they exist  for the sake of those who are not members, as sign, instrument and foretaste of God’s redeeming grace for the whole life of society.

It’s time for the Western church to start listening and taking steps for the radical change that is needed to be the parable of the gospel that it is meant to be.