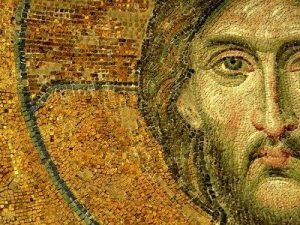 I’ve moved into an inner city community recently and so I’ve been doing a bit of exploring. So far I’ve been simultaneously appalled and moved several times. Appalled by some of the violence, wrong headed attitudes, smells, congestion, danger present and yet also moved by the sense of community, compassion, quirkiness, confidence and zest for life that oozes from the streets, cafes, parks and other public places.

My local shopping centre embodies the tension I feel.

I found out recently that the shopping centre is known as and named by some of the locals, “Murder Mall”. Murder Mall? My flesh crawled when a local inner city dweller uttered the term and explained some of the history. “Have I moved into the wrong neighbourhood?” I nervously wondered.

It was not that the shopping centre was the scene of some kind of gruesome murder as the name suggests. Instead the story is a little better and also a little worse than it sounds.

A social media blitz began early this year when a person took photos of some of the disadvantaged, homeless and marginalised persons that the area is known for. Then others joined in. The photos made fun of these people and captured them in a not so great light- digging into garbage bins, asleep on the ground, drinking out of water fountains. You get the idea. So the account @MurderMall began and T-shirts were designed saying “I survived the Murder Mall”. The account got to about 2000 followers before it was shut down due to the outcry of the community and social welfare groups.

I haven’t quite got to the bottom of whether the term “Murder Mall’ was in usage, and even appropriated by some of the marginalised locals before this social media “campaign” got started, but still, the whole sordid episode is disturbing. Again I see the tension in this community between the privileged and the down-trodden. I see the tension in a community which contains enormous  wealth, power, status and yet is also a home to those we look down on and treat as incidental to our local place.  How can true community be built if some who live there are dishonoured and dehumanised?

But I also look deep inside my sometimes murky heart and I have to confess that I wonder whether this is the community where I want to live.

Not because of the shameful people who started the Murder Mall account, but because I wonder if I will turn into one of them. Would I turn into one of those heartless, hardened and privileged people who laugh at, ignore and are disgusted by the marginalised? On seeing these very disadvantaged and sometimes disturbing people every day, I would not be romanticising poverty at a distance anymore. Instead I would be coming close, living in it. I would be sharing the streets and shopping centres with these people. Would I be a neighbour to them or would I step over the persons as they sometimes literally lay at the front door of my comfortable apartment? Will I be like the rich man to Lazarus or can I find it within me to be something else? Something a bit more human maybe.

I don’t think it’s a coincidence that I’m having these thoughts in the season of Advent.

At Advent we remember the God who plunged into the darkness of humanity motivated by love. At Advent we remember that this God gets involved in the mirk, the dirt, the mess of life with breathtaking abandon. We wonder about a God propelled by mercy who steps out of the comfort of heaven, resolves to make beauty and bring truth to the ugliness and lies that thread and weave around our universe.

As I reflect again on the miracle and magic of the incarnation I’m moved to imitate in some way, the God who took on flesh irrespective of our marginal, disadvantaged and messy status. God did not laugh, he did not shame us, he didn’t turn away or step over us though he could have. He moved into the neighbourhood of humanity despite the danger lurking everywhere and loved his community.

And this God looks at my heart with its mixed motives, fear, dead-end ambitions, self protection and sees hope. So that gives me hope. Hope that I will be a true neighbour to the people in my community.

Early church theologian Augustine wrote about “amicitia” which was a term for true friendship and attachment towards the people who inhabit the same spaces we do in our community. Instead of the “libido dominandi” which is merely about power and pragmatism as a force behind our friendships, amicitia builds community among the varied inhabitants of a locality. My hope is that I will have the courage to practise “amicitia” to my neighbours.

I feel pride towards the community which seethed at the Murder Mall account. I am encouraged that this community sees worth in every person no matter what they look like. I’m thankful that there is compassion and kindness in this community which brings to account those who dehumanise others. But I hope and pray that when I have lived there for several years, I will have learnt in some way what it means to “be with” the people in my community no matter the mess, the dirt and the discomfort. My hope is that I will be behaving more like Jesus would have if he had walked the streets of this little village in the inner city.