The politics of letting an unknown man into your home at 2am in the morning. 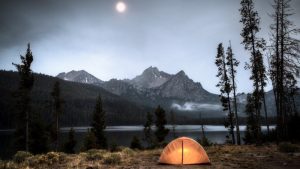 I had an emergency plumbing issue in my unit recently that meant I had to call a plumber to come out at two in the morning to fix it before it became a disaster.

I sat there waiting for the plumber to arrive and wiping the leaking water off of the floor at regular intervals, entertaining myself by scrolling through Facebook and thinking of every possible scenario that could happen in order to mitigate any potential emerging catastrophes.

One uncomfortable scenario came into my mind that I had not expected. The realisation came to me that I would be letting an unknown man into my unit in the early hours of the morning and that this goes against everything I have been taught as a woman. I am alone, I am willingly inviting a man into my unit and I am doing that at a time where there are very few people around or awake if anything happens. I rationalised it by reminding myself that this is a professional person who is doing his job. Surely no company would hire a predator? But is a label enough to cancel out my circumstance which were leaving me vulnerable to danger? Is it enough that this man carries a professional badge with the label “plumber” on it? I had to convince myself that it was enough.

I’m not someone who panics about this kind of thing easily. However, it made me think about how women are always on guard, alert and prepared for predatory like behaviour, abuse and violence from men. As little girls this is drummed into us and we are encultured in a world where we are taught that men can be violent, a threat and we are primed to fear out of a need to survive.

For women, there is always the threat of not only violence, but sexual violence by men.

An article recently published by a woman who enjoys camping out in the woods was very popular because her story was one of doing what she loves-going out in nature alone, even in the midst of fear. She writes;

Growing up female means endless warnings about going out alone, and many women experience more sexual harassment as they begin to explore their outdoor interests, catching catcalls as they run, walk or bike by themselves. The combination of those warnings and guys’ creepy behaviour sends a clear message: our society views solo women as sexually vulnerable and that going it alone is tempting fate.

It reminded me of strategies that many women use in daily life to be alert to any danger coming from men around them. Women use strategies which range  from lying and saying they have a husband when they don’t, to having emergency numbers on speed dial when walking home late at night. One of my friends told me that when she travelled around the world alone for nearly a year she went on the contraceptive pill to avoid any unwanted pregnancies from sexual assault. It’s like this for women.

In the movie Wild, Cheryl Strayed who is played by Reese Witherspoon, goes into the wilderness alone and has to lie in order to protect herself from men she thinks could be violent. There is one scene in the film where she encounters two creepy looking men in the middle of nowhere. One of them pays her a compliment and when she does not reply he harasses her about this. So she obediently thanks him for the compliment not wanting to draw out any unwanted violence. She is scared and on her guard, watching and calculating ways to get out of that place.

Every woman has experienced this fear and knows what she was feeling.

It saddens me that women grow up in a culture fearing men, having to constantly be attentive to potential danger and thinking of mechanisms to protect themselves. Even the most independent and bold women I know, will have at the back of their minds a caution and a watchfulness when they are openly flouting culture going against the “rules” they were taught, consciously or not, as young girls.

I don’t want to live in a world like this do you? This kind of permanent fear sees all men as a potential threat, which is not fair to men. Recently in an article, a mother said that she had a blanket rule to never let any man babysit her daughter. Some people complimented her for her wise thinking and said she was rightly being protective of her daughter. Others thought that it portrayed all men as predators and contributed to a culture of fear.

In a culture where women are frightened of walking home alone at night, where mothers refuse to let men babysit their daughters, and women fear being alone with a man, what is the solution? We also see high statistics around domestic violence in our nation and we read articles about how loneliness is killing middle aged men.

Maybe one solution is to have more conversations about gender, sexuality and identity in relation to men. Instead of women thinking constantly about strategies to protect themselves against men, wondering about what we should wear to not draw attention to ourselves and fearing being out alone late at night, let’s help men to talk about their struggles with relationships, violence, anger and teaching them better to respect women.

Perhaps then we will see a culture shift and men will be trusted with young girls, women will not feel anxious when they hear footsteps behind them as they walk down a quite street late at night, and little girls will no longer be taught to fear men.