The faith of my non believing friend 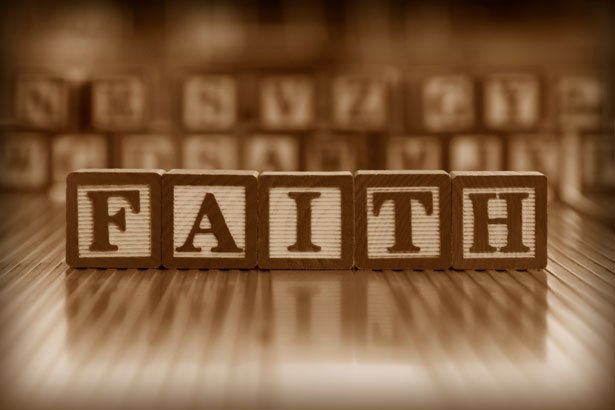 I read a book quite some time ago called The Faith of the Unbeliever by Martin Robinson and that phrase has always stuck with me. I found interesting this notion of people who claim to not believe in God, yet despite this a kind of latent faith, a longing still resides in their heart. It’s interesting because this challenges the boundary line that we usually draw which is supposed to separate ‘us’ from ‘them’ and blurs the mark between ‘who is in’ and ‘who is out’, that is, who believes and who does not.

I was talking with a salesperson a while ago regarding some tickets that I had to purchase for a function. I had just met her for the first time and we somehow got onto spiritual matters. For some strange reason we started having quite a philosophical discussion about truth and whether absolute truth exits.This person could definitely not be classified as a ‘believer’. She was skeptical, doubtful of any kind of religion and very closed to connecting with religious institutions. However the more that I spoke with her the more I kind of identified a faith in her and it was a faith in or a longing for something beyond her and above this universe that she could not explain. She preferred not to be able to explain it actually and left it as something that could not be identified because it was too mysterious. It was an honest, genuine and organic conversation that we had that for me, was full of possibility. We made a promise to keep in touch and we have done that.

So afterwards I started thinking about that connection that we had due to the fact that we both had faith- me a believer and she an unbeliever. Faith was the common ground. What do I do with that? I was left thinking about that glimpse of faith that I most certainly discerned in her and wondered where to go from there, perhaps at another serendipitous time.

Yet despite this connection I still felt a sharp boundary line between us.

Lines and boundaries give us definitions, lines help to form identity, lines tell us who is in and who is out. Boundaries are drawn in order to contain. Some people like boundaries and feel safe when the snug lines embrace their identity giving them a sense of comfort. Others like to cross boundaries because they sense a restriction and they wonder curiously what lies outside those demarcations. One of my friends was telling me about two of his children and said that his older child even when she was 9 months was finding ways to work the cot she slept in so that she could get out and explore the wide world whereas his younger child at the age of nine months had no idea and sat quite happily in the cot with the sidebars up never really thinking to try and escape. So even in a family tied by the same blood you can get two different perspectives on boundaries.

Sometimes Christians can have very strong boundaries about who is in and who is out, in other words who is a believer and who is not and that makes sense because as I said boundaries give us definition and identity. In that manner boundaries are good and necessary. However what I find interesting is that faith can be something that dares to cross over and trespass those boundaries that we draw. That’s what I experienced with my non believing friend.

I see this a bit when I read the gospels. I see the faith of unbelievers. I see faith crossing boundaries.

And when that happens, definitions recalibrate and identity is challenged.

One story I’ve been chewing over for a while is the story of the Syrophonecian woman in Mark 7:24-30.

Jesus enters non Jewish territory in a city called Tyre and it says in the text that he didn’t want anyone to know that he was there. I’m not sure why that was the case. Maybe as he says later that it’s because his first call was to the Jews not the Gentiles and he didn’t want to have to minister to the latter group. If that was the case then it all went very wrong because a woman from the region approaches him to ask if he could heal her daughter. Some commentators say that there were tensions between the Jews and Tyrians because the Tyrians were taking the agricultural produce worked on by the Jews for themselves. Jesus’ reply to the woman’s plea for healing is quite harsh and abrupt. In it he basically implies that she is not his concern at that moment and that Jews take his priority. What is highlighted in his answer is that the Jews are the chosen ones and that the Gentiles are not, once again we see tight boundaries being drawn between us and them, believer and non believer. I have to be honest and say that I struggle with the first part of this story. I don’t understand why Jesus would put up such tight boundaries and why he would convey those boundaries in fairly blunt language.

However what we can see by the middle of this story is a shift in Jesus. In musical terms I guess we’d call it a key change. There is a change of tone in Jesus which leads to a change in behavior. Even though he puts up those boundaries, the response of this woman to his reply to her question about healing changes his mind. She basically agrees with him that she is in a sense ‘outside of God’s favour’ that is she is not a Jew but that she will take what she can get. In that subtle comment Jesus discerns a kind of faith in her. In this manifest humility Jesus discerns a belief. And so he says to her that for answering in such a way he will heal her daughter.

At the end of this story this woman receives the exact same favour as any other Jew who has asked for healing.

Jesus in this act crosses the boundaries and things become a little more blurry. Firstly this woman was a Gentile therefore outside of the favour of God, or would have been seen that way anyway by the Jewish nation. Secondly she was a part of a group of people who were seen as oppressing the Jews economically and thirdly healing her meant that Jesus was not attending to the chosen ones first, that is the Jews but rather the Gentiles.Yet we see him changing his mind, blurring the boundaries and moreover showing this woman grace and compassion. Not only that, when boundaries are crossed as I said, identity changes and definitions are redrawn. Jesus now becomes the one who is connecting with the Jews and the Gentiles, the believers and the non believers.

Faith can be blurry.

I remember watching someone take communion recently and i was sure that they were not a ‘believer’. However as I wondered about this I felt a God whisper that said that it was not for me to decide the faith that this person had and that God knew the kernel of belief that was in him. It made me wonder that I had better be careful to work with any faith that I discerned in people rather than snuff that faith out

Sometimes even Christians lack a faith. An article that I read the other day on Fox News which asked the question ‘Do you believe in angels?’ highlighted that fact. It said that many people do believe in angles and some don’t and that the split between the sacred and secular was no surprise. However what did surprise the writer was how some believers did not believe in angels. That was fascinating. How could those who believe not believe? There are many reasons for it I’m sure but here we have another case of blurred boundaries, believers who do not believe.

So back to my question. How could I engage with this person that I had just met and connect with that faith that she had? I like what Jesus did in the story I have mentioned. He crossed those boundaries and showed this woman compassion even though he had lots of reasons not to. Instead of judgment, militancy or apathy he showed her grace. And in a way a recalibration occurred in Jesus. How will the ‘non believers’ I connect with fashion my recalibration?

Miroslav Volf talks about this blurred approach in his article Soft difference: Theological reflections on the relation between church and culture in 1 Peter. ‘Soft difference’ means that even though you know your identity, that you have a ‘difference’ as a believer, that difference is ‘soft’ rather than hard, harsh or sharp. He’s talking in a sense about blurred boundaries I think.

Living in a culture today mixed with believers and unbelievers, never knowing exactly where and when faith is being born and cultivated requires the flexibility, humility and compassion that Jesus showed.

As a believer I want to respond well to those around me when I discern faith in the ‘unbeliever’. I want to show compassion, grace and I want to identify that faith even though it might manifest in the most surprising of places and people. Really this is probably the only way that today in the church in the west that people are gong to trust believers again in order to reconnect with God.

This topic contains the seed of my Doctoral dissertation, so any resources or thoughts that you have to share would really be appreciated 🙂