The God who Weaves Himself into the Fabric of the Universe 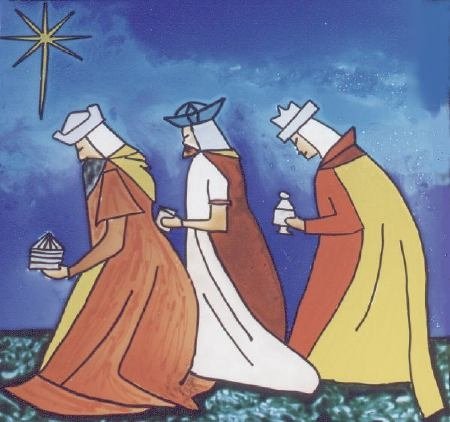 Richard Rohr in this 4 minute clip joyfully reflects on the pattern of the Trinity which is knitted into the essence of the universe. Have a listen before you read on.

What I love about what he says, among other things, is that the very essence of God is woven into the fabric of the universe. Scientists are discovering more and more that there is deep mystery not only in the basic atomic structure of the universe but that these atoms and cells exist through relationship with one another. Their interest is in the confounding power of the interrelationship between atoms. This of course makes us reflect on the fact that the God of Christian theology has always been a God who is three persons in one Godhead and even though stereotypes persist of the ‘big white guy in the sky’, in fact he is three persons in such deep, committed, mutually submitted relationship, that Christians worship one God. God’s power lies in relationship. The power of the universe lies in the relationship between things. God’s very essence in traced in the universe.

This Christmas season I have been thinking about this God who weaves himself into the fabric of the universe as seen in the sub plot of the three wise men in the Christmas story. We don’t know much about the three wise men as they are mentioned only briefly in Matthew’s Gospel in Chapter 2:1-12 ,however they continue to fascinate us. They are called Magi from the East and the only known Magian priests east of Palestine were around Media, Persia, Babylonia and Assyria. The word magic comes from the word Magi and it was known that Magi practiced magic however it does not seem to be the case with these wise men found in the gospel of Matthew. Instead we see that they were astronomers (or astrologers which was a similar science in that culture) who had obviously studied the prophecies of the Old testament, they were respectful to Jesus in their worship and they gained no profit for their journey. Mysteriously they also gave gifts to Jesus which prophesy his identity and mission; gold for a king, incense for divinity and myrrh which was used to embalm the dead.

That is pretty much all we can say with certainty about these three wise men though there has been a lot more conjecture over the years.

What I find fascinating is that in fact what these magi were doing was following the fingerprints of God as he wove the birth of Jesus into the stars. These men had some knowledge of the ancient Scriptures of course, however their science beckoned them to look to nature to perhaps try and find the God of the universe. And the God of the universe led them to himself. These seekers of God even though not knowledgeable in the culture and practices of the people of God, followed God’s promptings until they found him. God was at work in these men for a long time before they showed up at the feet of the child Jesus.

It makes me wonder about the things that are happening around us all the time which is actually God interacting with us, speaking to us and revealing himself to us. Psalm 19 says ‘The heavens are telling the glory of God and the firmament proclaims his handiwork. Day to day pours forth speech and night to night declares knowledge. There is no speech nor are there words, their voice is not heard yet their voice goes out through all the earth and their words to the end of the world.’ The stars are given permission here to speak of the character of God and with a play on words, this Scripture says that their voice is not heard yet their voice goes out to the corners of the universe. Often we think that proclamation must be by words but here there is a humorous take on the thought that speech can occur without a voice.

The fact that God speaks to us about himself through our surroundings, the realisation that he is at work in people’s lives constantly and long before they decide to know Jesus, humbles me and it convicts me to listen carefully to the stories around me. Where can I discern God’s fingerprints in a person’s life? Where can I see signs of God’s tapestry in life? How is his very essence revealed in the science of the universe? How is he at work in people’s lives long before I ever showed up on the scene?

This year in our Christmas season where we retell the familiar story of the birth of Jesus, I witness the power of God as he acts through the retelling of the Christmas narrative. Each time it is told, God reveals himself through those familiar words. But this year I also marvel at how the stars told that very same story without words to three wise men who were seeking God long ago. I marvel at their journey towards Jesus and can only imagine their awe and wonder as they finally encountered the fulfillment of their hopes.

My hope this season is that I will see everyone I meet as fellow pilgrims on a journey towards Jesus and that I will have the grace to discern the fingerprints of God in that person life, in order to help them encounter the one who has woven himself into the fabric of our universe.