The spiritual discipline of repetition in an age of surface-skimming 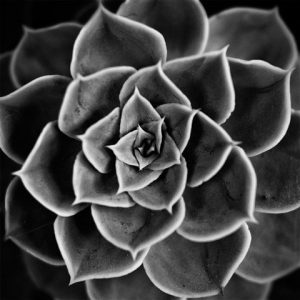 When I was a minister in a church I used to think up of a new message to impart to my hungry congregation each week. Each week I would sit at my desk in my home and wait for inspiration. What I wrote had to be fresh, it had to be new, it needed to be a word for the season. What was going on in the life of the congregation? It took time to discern this. Each proclamation had to be renewing which would massage the doubts and anxieties of the faithfully gathered with the supernatural balm of the Spirit. The Spirit spoke through my new words each weak and brought comfort to my congregation.

I would never repeat my messages. In fact I would laugh at those speakers who only had a few messages up their sleeves and then would proclaim them over and over, even if at different events and contexts. “How could you repeat a message?” I would think. It felt lazy, old and just plain fake to duplicate a message you had spoken before.

Since I have left my congregation and been speaking at different places I have become one of those people who have a few messages that are repeated over and over.

And a funny thing has happened.

I am becoming like the one I speak about.

It has made me think a lot about repetition.

It is difficult to adults to be so at play with daily tasks in the world. What we do of necessity can drag us down, and all too often the repetitive and familiar becomes not occasions for renewal, but dry, stale, lifeless activity. When washing dishes I am no better that anyone else at converting the drudgery of the work into something better by means of playful abandon. The contemplative in me recognizes the sacred potential in the mundane task, even as the terminally busy go-getter resents the necessity of repetition. But as Soren Kierkegaard reminds us “Repetition is reality and it is the seriousness of life…repetition is the daily bread which satisfies with benediction”. Repetition is both as ordinary and necessary as bread, and the very stuff of ecstasy.

Paradoxically, I am beginning to discover the ecstasy and spiritual discipline of repetition.

As I repeat actions and words over and over again I challenge my culture of disembodiment which tempts me to move on to the next big thing quickly before I miss out and become irrelevant. As I again and again, over and over, speak the same words and delight in the same movements, I resist my society which speedily gets bored with the old.

Out with the old in with the new, as fast as you can.

In an age of distraction and superficiality, the spiritual discipline of repetition calls me to go deeper. Instead of skimming the surface, I must sink slowly into the water, be covered and receive the Blessing.

I am beckoned by the Timeless One whispering “Remember me as you do this. Become like me as you speak this”.