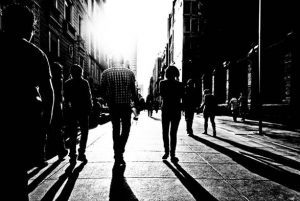 There has been a lot of attention for a while now in Christian circles around church planting.

When church planting initially started gaining a lot of interest, some people felt that it was a fad and that it would pass. However, this is still today a topic that many Christians are wanting to know more about and something that many leaders are discussing in their churches. I teach church planting at a theological college and so I know that this is still an area of great relevance for people.

Church planting has gained more traction especially because our post-Christendom context in the West calls for fresh expressions of church. Many established churches that need to change simply won’t or can’t, and so the Spirit of God, always active and advancing the reign of God, births new manifestations of God’s community to suit the times we live in.

One thing consistently missing from this conversation is the role that women can and must play in church planting.

Most church planting conferences, books, and leaders that I come across assume that church planters will be male. Moreover, there are some movements such as Act29 and others which highlight that men are the ones who must be starting churches and all the marketing around those movements focus on encouraging men to plant.

I am in the very beginning stages of church planting where I live in the inner city. Many of the new church plants here are dominated by men who are starting churches with ultra conservative theology which bar women from key leadership roles. The churches look contemporary, relevant, and attractive, yet their patriarchal theology disallows women from senior leadership and certainly from being church planters.

I find all of this incredibly strange because I think women make wonderful church planters.

Before I explain why I think this, I want to clarify two things:

So why do women make excellent church planters?

Church planters need to have a level of entrepreneurship and more importantly, a pioneering spirit. One example of a female pioneer from the New Testament is Lydia. In Acts 16:14 we learn that Lydia was an entrepreneur and converted to Christianity. After this, her whole household became Christian and she held a church in her house. Her home was the first meeting place for European Christians.

We also are aware that there is a solid lineage of female missionaries in the history of Christianity. Church planting requires the posture of a missionary which requires the spirit of a pioneer.  In his seminal book Church Planting: Laying Foundations Stuart Murray says,

The annals of cross-cultural church planting are filled with stories of heroic women in pioneering situations, often exercising far greater responsibility and more effective ministries than those in their sending churches who resisted recognition of women as church leaders in any other than cross-cultural mission contexts.”

He also mentions the many examples of female church planters in the Celtic and Anabaptist traditions. Today there are many examples of women using their characteristics of curiosity, risk taking, pioneering, love for experimentation, and entrepreneurship in order to start churches.

Again, Murray is helpful here. He writes about the characteristics of the post-modern culture that we live in and says that women have qualities that suit designing churches which connect with this culture. He says,

Networks are replacing hierarchies, and it is recognised that women are often more comfortable within networks and flexible structures. Spirituality rather than doctrine is the contact point between church and society, and women are seen as having much to offer in this area. Evangelism is increasingly operating through dialogue rather than monologue, in small groups rather than in large auditoria and this is a context where women are often more skilled and effective than men.”

I would also add that women are often very good at listening before speaking or acting, and so are good at discerning what God is up to in the neighbourhood where they are starting a church. This is crucial for planting churches today in a culture that is suspicious of the church.

I teach in Christian academia and am involved in our denomination as a leader, and I notice that many pastors are leaving the ministry disillusioned. This has been happening for some time, but what I am seeing recently is that many women leaders, pastors, and ministers are leaving traditional ministry because they find that church structures gravitate towards overly masculine qualities.

Not only is there explicit and unconscious bias in the church against women, but structures and strategies seem to be influenced by more masculine tendencies. One of these tendencies is to build hierarchy in the church which women often are uncomfortable with. Most women I know love to work in teams and come along side each other in ministry. Frustrated by the inability to practice this kind of mutual leadership fully within established church structures, many are leaving and starting churches that have less hierarchical structures which can reflect a balanced combination of masculine and feminine characteristics.

4.There is more flexibility and room in church planting for female leadership

Starting a church has the advantage in that the planter is able to design systems, structures, and values from a clean slate. This is often the attraction of church planting. Even though planting has its own challenges, instead of having to work within an existing system to bring change, the planter can start afresh and bring to birth a new vision. As a result there is more flexibility built within the DNA of a church plant to cope with new things, experimentation, and different structures. So this context is an excellent place for women to bring their gifts, unique talents, innovation, and callings without being subject to as much criticism that they might receive in an established church.

Stuart Murray makes this sad but true statement in his book,

Most books on church planting are written by men and appear to assume that church planting is done by men. Some contain particularly unenlightened examples of noninclusive language. Denominational and network leaders who advocate church planting and speak at conference are men. Most of those involved in training and consultancy for church planters are men.”

My prayer is that we see more female missional planters emerge and more network leaders who are women. I pray for more denominational leaders in church planting who are female, and more books and training courses written by women church planters.

Women leaders may not act and lead in the same way as men, the books they write and the churches they plant might look a bit different, but isn’t this what we need today in our post-Christendom context?

The Spirit is doing a new work in God’s church through men and women working together today. May those women hear God’s call to start up new churches because women can indeed make excellent church planters.