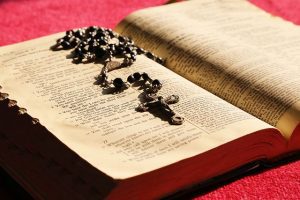 I often talk with people in my neighbourhood who are very critical and sceptical about religion and especially Christianity. Recently yet again, I sat around a table talking with some friends and the topic of Christianity came up. Each person shared a story about how they had either personally experienced a time or heard about infamous cases where Christianity had done more damage than good. They gave honest, heartfelt expression to the guilt, shame and sheer perversion that Christianity had caused in the situations they spoke about. Usually when I hear these kinds of stories, I find it hard to verbalise any excuses or give good reasons as to why the religion that I practise has frequently grieved our society so. I just sit there nodding “Yes, I know” or alternatively, shaking my head “No, I don’t know why”. Sometimes it’s just an apologetic “I’m sorry”.

When I use the term religion, of course I mean false religion, in other words, religion that has become the opposite of what it is supposed to be. The word religion is not a bad word, however it has been practiced so terribly frequently, that it normally has a negative connotation when we use it today.

Religion can ground our spirituality and give purpose and meaning to our lives. I also recognise that religion has done a lot of good in our world. You’d be silly not to recognise that.

But it has also done damage to people who are my friends.

Sometimes I talk with those who are open to hearing me even though I represent a religion that has done them and our society damage, and simply tell them about Jesus. And when I do that, there is a clear shift in the atmosphere from tension to trust and I am left wondering yet again why there is often massive dissonance between Jesus and the community that is meant to represent him.

When I think about Jesus I think of pure, unconditional love. He loved people with such a sense of abandon that it killed him. To love with perfection, to give of oneself not from a “martyr complex”, not out of a posture of defeat or resignation but simply because of humanity’s sheer and utter worth regardless of our failings, that is love.

This is what some of the religious people in Jesus’ day simply could not do and it’s the same today. They were and we can be wedded to pragmatism, control and so religion can become a shell that insulates us from being truly human.

How do we choose this kind of humane love everyday rather than practicing a false religion? Seems to me this is the point of Christianity-to abandon ourselves to love everyday. But we fall short.

Recently, a friend hugged me. My friend smelt like he had not washed for a long time due to being homeless and I also knew that he had an infectious disease. I hugged him back but shamefully, I felt a tinge of resistance in me as I returned the hug. The thought ran through my head, “Would I catch his disease?” There was a thread of self-protection and discomfort in me and I held back slightly.

I don’t think Jesus would think like that. He would have hugged my friend with sheer abandon and not have cared if he caught a disease or whether my friend smelt bad. This is love. It’s not caring about the consequences because you see such worth in people. You can look past the dirt, bad smells, failings, weaknesses and sickness.

Jesus sided with the marginalised and the outcasts and he became poor. He did this not as a strategy to convince us of his love but because he preferred the company of the humble and weak. He avoided what the world calls extraordinary and preferred to walk alongside the ordinary, seeing them as spectacular. His presence sanctifies the unlovable. Jesus does not exemplify control, pragmatism and inhumanity instead, Jesus is the embodiment of good religion.